Exploring the importance of good lighting in dementia care environments

When designing a facility with dementia sufferers in mind, it is very easy to talk exclusively about the provision of light in terms of practicalities, but there is so much more that good lighting addresses.

In a dementia-friendly setting, the environment has the ability to reduce disorientation, confusion, and falls by revealing forms within the space. It can also increase social interaction, optimism, attention span, and independence by delivering a stimulating visual field.

These are all aspects that are highly desirable, not only for those living with dementia, but also for the people that care for them. And yet, the lit environment is often an underestimated consideration when architects map out facilities used for dementia care.

Oliver Buchan, head of innovation at lighting designer, Luxonic, explains: “The ageing process alone has a major impact on the eye, with suggested illumination levels often being two to four times greater for the elderly compared to a 20-year old.

“Increased light levels normally lead to better perception of detail, not just for function - tasks such as reading - but also as a way of encouraging interactions, such as playing card games or helping with chores. Such ‘pools of light’ can be easily generated with strategically-located downlighters or simple table lamps.”

However, the distribution of light within a space is critical to its success. Glare from poorly-located directional luminaires, or indeed reflections from specular surfaces, significantly reduces the ability to interpret the surrounding scene; while a uniformly-diffused illumination will struggle to generate the levels of contrast necessary to reveal three-dimensional forms such as furniture.

Glare in this context is not about UGR ratings, but inappropriate directionality and luminance.

Buchan said: “Another area of active research pre-occupying lighting designers at the moment is the way light can affect the body clock.

“A lot remains undiscovered, but it is undisputable that starting the day with high - but not oppressive - light levels, and subsequently maintaining the normal pattern of day and night, is very important in entraining circadian rhythms.

Increased light levels normally lead to better perception of detail, not just for function - tasks such as reading - but also as a way of encouraging interactions

“This regulation of the body clock can have a major influence on quality of sleep, appetite, bowel functions and mood - all aspects of life that can be problematic for those living with dementia.

“Bringing daylight into the living space, or indeed enabling residents to spend time outdoors, is a simple step to create this desirable link with the outside world and deliver a changing quality of light throughout the day.

“Additionally it gives many opportunities to automatically switch off artificial lighting and save considerable amounts of energy.”

From the perspective of the lit environment, high daylight ingress can also bring issues associated with glare, extreme changes in light level - often associated with falls - and a distortion of the perceived shape of a space.

The concept of daylight simulation can include many things, such as light colour, directionality, quantity, and the changing of all of these characteristics throughout the day.

“Luminaires that can deliver a range of colour temperatures are a fairly-simple and appropriate solution,” Buchan said.

“In conjunction with a suitable control system - DALI or wireless, for example - they can deliver changeable light colour and quantity throughout the day.

“By delivering the two colour temperatures from different types of luminaire, it is possible to provide a directional warm white and a diffuse, possibly uplit, cool white; further mimicking natural light throughout a clear sunny day. This relatively-simple configuration can be remarkably effective.”

A lot remains undiscovered, but it is undisputable that starting the day with high - but not oppressive - light levels, and subsequently maintaining the normal pattern of day and night, is very important in entraining circadian rhythms

An equally important part of simulating the natural daylight cycle is to ensure appropriately-low levels of illumination are used during the night.

Circadian rhythms are reinforced by a regular pattern of lower levels of warm light in the late evening, reducing to an amber night light during periods of sleep.

Night lighting is clearly important for enabling care staff to move around the building and monitor residents as appropriate, and also for the safety and reassurance of any residents that may be awake.

These factors all go towards creating a dementia-friendly design where the patient is the focus, but every occupant benefits. 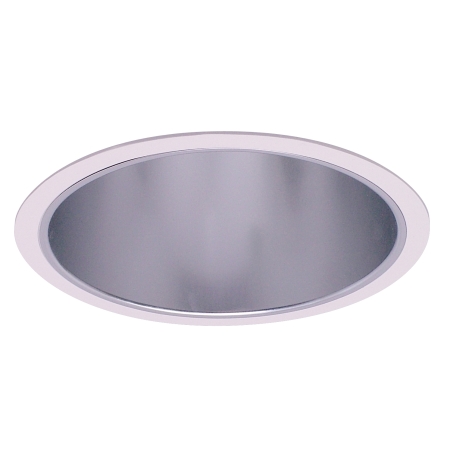