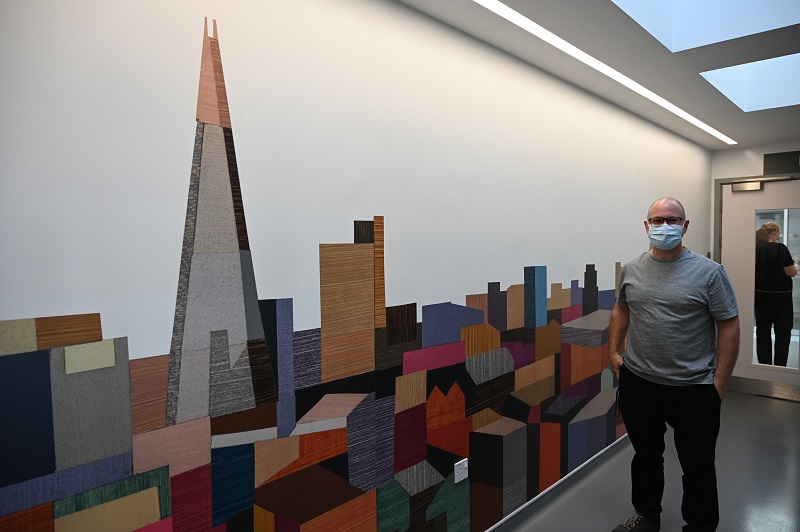 Through a partnership with Cynthia Corbett Gallery and CW+, the hospital’s official charity, the British-born, US-based artist has created a series of bespoke artworks to transform the NICU environment for patients, families, and staff.

Hospital staff were invited to take photos of their favourite local locations, particularly places they felt invoked a sense of warmth, welcome, and familiarity.

Burgess then used the photographs as his research and design inspiration and, after extensive staff consultation and feedback sessions, final designs were developed.

Known for his unique, abstract, and colourful style, he has transformed selected London scenes into eye-catching artworks to transform the unit into a warm and welcoming environment for both parents and staff. 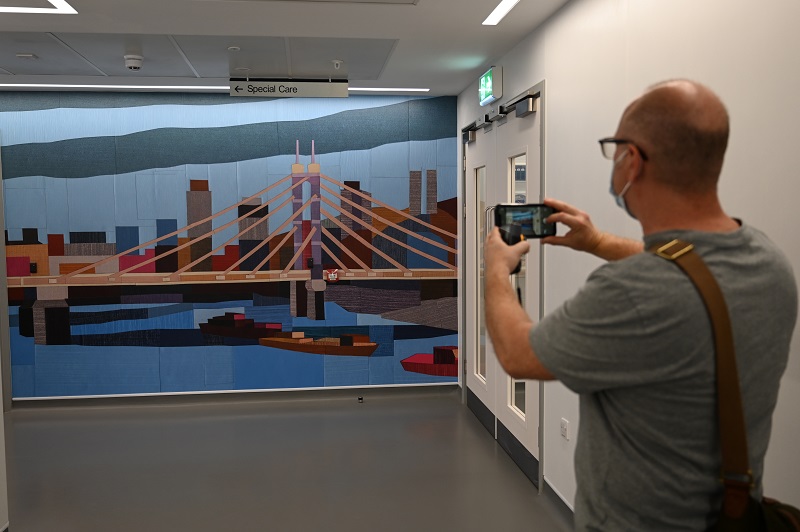 The display includes a panorama of London, an image of Albert Bridge, and another of a London Underground station.

Additionally, he produced two smaller-scale abstract pieces developed from the colour palettes of his larger works, which were gifted as part of the commission.

CW+ also acquired two of his existing works through the Cynthia Corbett Gallery.

Commenting on the installation, Burgess said: “It has been fantastic to work in close collaboration with CW+ and the wonderful staff that make up the NICU team.

“It has been a tremendously-inspiring journey that I am delighted I was a part of, and it was great to see the works in person.

“Now that the artworks are installed, I hope they have a positive impact on staff and make a real difference to parents.”

Cynthia Valianti Corbett, founder and director of Cynthia Corbett Gallery, added: “We are greatly honoured to have facilitated this extraordinary collaboration between long-standing gallery artist, Andy Burgess, and the remarkable team at CW+, for such an important new unit at Chelsea and Westminster Hospital.

“After the challenging last two years, the beauty and positivity of this artistic project is so meaningful for all involved, including medical staff, overall hospital personnel, and, most importantly, parents and patients of the NICU ward.”