The Kent-based company has been shortlisted for the Manufacturing Innovation, Export, and Manufacturer of the Year (turnover under £25m) accolades 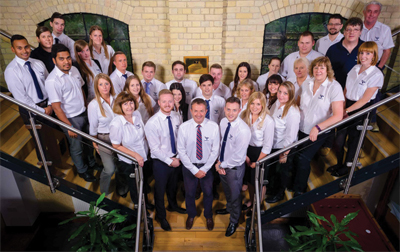 Bedfont Scientific, based in Kent, is up for three different awards categories in the Made In the South East (MISE) Awards.

Established in 1976, Bedfont is a second generation family company that has specialised in the design and manufacture of exhaled breath and gas monitoring instruments for medical, scientific and industrial markets globally, for over 40 years. Bedfont is renowned in the breath analysis market with products now available in over 76 countries across the world thanks to its network of appointed distributors.

Bedfont has been shortlisted for the Manufacturing Innovation, Export, and Manufacturer of the Year (turnover under £25m) accolades.

Jason Smith, General Manager at Bedfont Scientific, comments, "Being a small business of only 42 members, Bedfont wouldn’t be where it is today without its dedicated employees; we’re a family. We keep our teams happy and motivated and in return, the extra lengths that our staff members go to make anything possible. For that, we are grateful. The MISE Awards are the first regional awards Bedfont has ever been a finalist for, but to be a finalist in three categories is even more exciting and an honour. Winning these awards would show the Bedfont family just how their hard work and dedication pays off, but even getting this far, as a finalist, is an achievement in itself."