A new device has been launched aimed at helping to encourage people with dementia to eat and stay healthy.

The innovative ‘Ode’ blasts scents – from Sunday roasts to fruit tarts – into the surrounding environment, triggering appetite and improving understanding of a person’s surroundings and the time of day.

Developed in response to the Government’s Living Well With Dementia programme, it is hoped Ode will help to address the problem of malnutrition among people with dementia.

A widespread symptom of the condition, and one that often flies under the radar, studies in the UK have shown that up to 45% of dementia patients lose significant weight after their diagnosis, and up to 50% do not eat enough food.

Rodd managing director and co-founder, Ben Davies, said: “There are a few reasons for dramatic weight loss and malnutrition in dementia sufferers. First, a dementia diagnosis, which can include at least 15 neurological diseases, including Alzheimer's, often leads to depression.

“Early on, you’re not feeling great. You’re feeling depressed and confused. The last thing you want to do is concentrate on your diet. That puts a strain on already-overloaded care workers, whether in homes or at residential care facilities.

“What's more, at the latter, dementia sufferers are often disconnected from the process of making food. The caregivers do not have much time and people become really removed from high-quality, appetising food."

Davies and his colleagues were inspired by research on using fragrances to stimulate reminiscence for patients in care facilities.

The test work we’ve done indicated that about 50% of the people who use it either stabilised their weight or gained weight. That’s incredibly rare

Ode features bespoke fragrances that are as similar to real food smells as possible. These are divided into three menus of three scents each, including traditional English comfort foods like cherry tart and braised beef casserole.

The three fragrances are easily inserted into the device and last three months. Any fragrances Ode comes up with in the future will be able to fit seamlessly into this system, so the range of possible fragrances is potentially limitless.

As our brains tune out new smells after about four minutes, Ode is programmed to release its fragrances in waves by heating up the fragrance, then activating a fan that both blows it out into the air and simultaneously cools the bottle, so it's returned to its original state before being heated again. This way, each ‘alarm’ goes off in waves for at least three hours, so if someone wants to eat at 10am instead of 8am, the scent continues to stimulate their appetite.

Davies said: "The test work we’ve done indicated that about 50% of the people who use it either stabilised their weight or gained weight. That’s incredibly rare.

“Ode is not intended as a medical device, but as a way to augment the other treatments that dementia sufferers receive. Other benefits of the product are more nebulous, like that it can provoke conversations between caregivers and patients around memories and thoughts - something rare and vital for people who tend to be extremely isolated.” 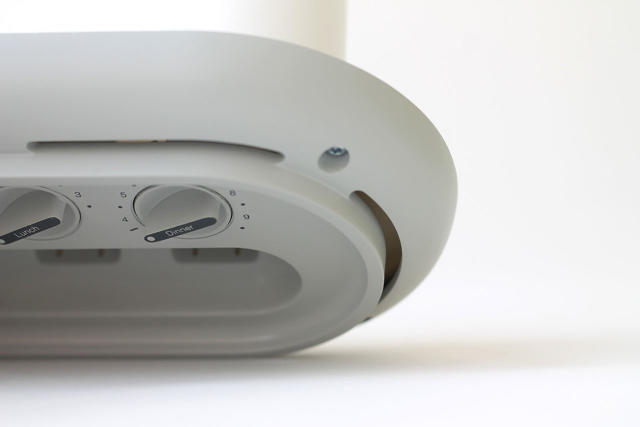