The desire to treat and manage patients at home rather than in hospitals requires a new approach to diagnostic device design. John Pritchard, Cambridge Consultants, discusses some of the technology trends and issues to consider

As part of a piece of concept design work, Cambridge Consultants recently introduced ‘Flow Hub’ with the title of ‘bringing the (diagnostics) lab into the home’. What was it that drove that concept of home health testing and what has happened in terms of both technology and market changes for that concept to be a possibility?

In pure diagnostic technology terms there are a number of detection approaches that would lend themselves to the new concept, ranging from optics (colorimetric, fluorescent, time-resolved fluoresence) to electrochemical or variations of each. Each has advantages and disadvantages but all are capable of being packaged in the self-contained consumable device that we envisaged.

Microfluidic technology has become more robust and is in widespread use in devices already on the market, and pre-packaging liquid or freeze-dried reagents in the device have also been proven, allowing the consumable to be stored at room temperature rather than in a fridge – a prerequisite if testing is to be home based.

Self-containing sampling devices exist for some sample types that might be used for home health testing, particularly for urine samples. Integrated devices for blood sampling exist in the glucose testing market, although that segment is still dominated by separate strips and lancets. Moving more tests into the home setting and maintaining the quality of the sample that is delivered to the test element is a key challenge. There are a number of technologies that have the potential to do this on small volumes of blood such as those taken from finger-sticks.

Handheld readers of test strips have been around, particularly in the blood glucose monitoring world, for many years. Integrated readers on test devices have also been available in the pregnancy and fertility market segment since the late 1990s when the move to ‘digital’ pregnancy tests happened. This was based on the ability to miniaturise the optics in these devices such that they took away (reduced) the subjectivity of the patient reading a result by eye, to providing a definitive pregnant or not pregnant answer.

So a stand-alone reader able to provide a value (reading) to the user is something the industry understands how to deliver, and indeed a number exist in the traditional point-of-care setting (clinic, ward, doctor’s office, pharmacy) and the skills to miniaturise or adapt these systems for the home setting are available.

Currently most home healthcare systems provide a single test result; we have envisaged that in future a panel of tests might be more applicable and that the output of these results would need to be displayed in an easy to understand manner for the home user. The interface would in all likelihood be more graphical and provide information as to the meaning of the result such as a ‘traffic light’ approach: green – good, amber – take care and red – take action.

So if the technology exists, what will actually drive testing into the home? Currently the largest market for home tests is blood glucose monitoring (BGM). When tracing the history of home testing it can be seen that some of the technology developments – from initial urine dipsticks to finger-stick testing – are where smaller and smaller amounts of sample – are now required.

However, alongside the technology improvements, more recently we see a greater focus on providing better data for the patient to manage their disease. Devices (meters) that now provide the calculation of bolus amounts of insulin that the patient should take based on their carbohydrate intake and blood glucose are becoming available. Easier analysis of the results of testing and sharing of that data with physicians and carers have become more commonplace.

Consumers have become used to having data at their fingertips

The advent of the smartphone and ‘apps’ has fuelled part of that growth. Consumers have become used to having data at their fingertips and apps that combine test results, activity levels (steps) and food intake abound on multiple smartphone platforms. The increase in ‘wearables’ that automatically provide data to these apps is one of the other trends of recent years.

If all these results are now on a communication platform then they can be more easily shared. Sharing data with a patient’s healthcare provider could mean a different approach to managing medical conditions. Telehealth technology is held out as being an approach to both improving the management of disease and ultimately reducing the costs to healthcare systems. Staying with the diabetes example, for instance, complication of the disease costs healthcare systems worldwide many billions of dollars. If ‘telehealth’ can make it easier for the patient and the physician to manage the condition, that could reduce the overall cost to the healthcare system. 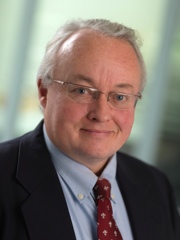 That is one of the other trends that could drive more testing into the home setting. Cost and capacity pressures are changing the diagnostic market considerably. Some of those changes have challenged established markets, such as BGM, as test reimbursement levels are reduced. Other government healthcare policy changes have seen healthcare insurance providers being rewarded for the improvement in the management of disease or lack of complications in their covered patients, based on a longer term view of the overall reduction in healthcare costs. The UK government recently announced it wanted to drive more tests back to the GP and out of hospital laboratories.

None of this is without challenges; the regulation of healthcare apps on smartphones is something the FDA is wrestling with. Smartphone makers may not want to have their phones classified as medical devices, though we have to note that the two major platforms have recently introduced health apps that allow for the display of data collected from different sources.

The security of personal healthcare data as telehealth initiatives develop concerns many people and developing that infrastructure has challenged UK hospitals so far. Conferences on the topic abound with complex diagrams showing the interaction of patient with medical systems, social care and pharmacy. Perhaps a system where the patient is at the centre and is the controller of who has access to their medical data might be the most sensible approach.

However, there is one more area where we have seen a push for diagnostics moving into the home and that is the approach of pharma companies. The genomics revolution has seen the development of strategies of personalised healthcare – finding the right drug for a patient based on detection of a genetic marker. The best example has been the breast cancer drug Herceptin and the Her-2 test that identifies patients who are likely to respond to that therapy. There is a lot of work going on between diagnostic companies and pharma in developing companion diagnostics that will either perform the same type of role as the Her-2 test in other disease states or track the efficacy of the therapy.

Looking beyond the pill

There appears to be a move by pharma companies to look ‘beyond the pill’ and consider how diagnostics can play a part in identifying disease complications, and how the pharma industry can offer products or services that would assist in that. Sanofi bringing innovative blood glucose meters and diabetes management apps to support its diabetes products would be one such example. It is not alone among pharma companies in considering ‘marrying’ diagnostics more closely with drugs and that marriage is more home-based than one utilising the GP or hospital in the first instance.

There is another element that needs to be considered with this move to diagnostics in the home; it has been touched on earlier but the patient is absolutely key to this trend. This is not just in the design of such products, which must be simple, easy, and intuitive to use; nor is it just reassuring the patient that their medical data is secure but it is what action they have to take as a consequence. Many of us in the field have described this as the ‘so what’ question. A test would have relevance only where there is an action the patient can take.

Blood glucose is the obvious example, where immediate clinical actions are related to a test result; but this is not the case with cholesterol tests for example, where any action the patient might take would take some time to be seen diagnostically.

However, the challenge to reduce healthcare costs might mean that tests previously considered less attractive because of that lack of immediacy in action, would now be part of a panel of tests that provide the patient with feedback about their cardiometabolic status that is linked to better lifestyle choices and reducing long term risks.

The other element of the patient’s view of diagnostics tests in the home are the ‘attractiveness’ of the clinical action. A test that monitors blood cell counts as an indication of remission in cancer and reduces the number of times a patient has to go to the GP/hospital if results are ‘in the green’ is probably more acceptable than a test where the outcome might lead to taking a drug with significant side-effects. In such cases, patients may rather delay doing that until the last minute, however clever or cutting edge the test system might be.

Technologies are converging to increase the likelihood of more testing being carried out in a home setting. Concepts of point-of-care tests involving nurses in clinics or doctors offices, may need adjusting to point-of-care in the home and that will have an impact on how we design and deliver new products.

Such devices will combine diagnostic measurement technology delivered with robust reagents and instruments, with the connectivity driven by fast phone networks, and integration of Bluetooth smart into devices sending clinical data to the Cloud for combination with medical records. Results must be presented in a clear manner, leading to clinical actions for the patient to carry out or to further engagement with their healthcare provider. All of those elements are available now and we would expect to see more home testing in the next five years.