The new lighting was recently installed following a donation from the HELP Appeal, the only charity in the country dedicated to funding hospital helipads.

In an emergency, when time is of the essence, being able to land an air ambulance seconds away from specialist care is crucial. And, for many patients, a helipad could represent the difference between life and death.

A total of £27,517.70 was donated by the HELP Appeal to allow the hospital’s helipad perimeter lighting to be upgraded from the original white lights to modern green LED lights that are significantly more visible.

Following the installation, Robert Bertram, chief executive of the HELP Appeal, said: “Patients can become seriously ill or injured at any time of the day or night. Dorset County Hospital helipad’s new, state-of-the-art lighting system reflects this by allowing air ambulances to land, even when it’s dark, so patients can get the urgent treatment they need at any time.”

Dr Ian Mew, consultant in anaesthetics and critical care medicine at the hospital, added: “As well as bringing patients to the hospital, the helicopter also plays a vital role in transferring time-critical patients to tertiary hospitals such as Southampton, Bristol or Kings Hospital in London for emergency intervention. 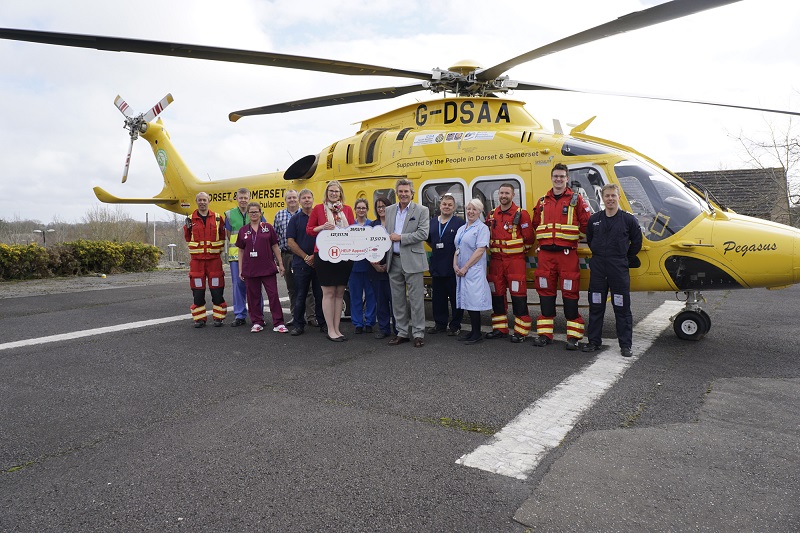 A series of improvements is being funded by the HELP Appeal

“Ensuring the safety of the aircraft, which operates at night as well as during the daytime, is essential and these new lights help to ensure the HEMS crew, the patients, and those around the helipad, are kept safe at all times.”

Anthony Brewis, estates programme manager at the hospital, said: “The combination of improvements, particularly around lighting, will potentially minimise the landing times for the air ambulance and other helicopters such as the Search and Rescue unit to allow patients to be disembarked and moved into clinical areas faster.

“The HELP Appeal has made this possible as the trust’s demand for capital improvements far outweigh the supply of funding and any money we would have spent on these improvements in future can now be assigned to improvements in other areas to benefit patients.”