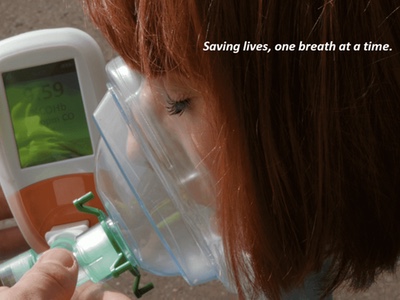 The ToxCO carbon monoxide (CO) monitor has been designed by Bedfont, based in Kent, to safely and effectively screen patients for CO poisoning.

Known as the silent killer, CO is a colourless, odourless, highly poisonous gas produced when fuels are burned incompletely.

Everybody is exposed to CO in everyday life; from boilers, open fires, cars, generators and even burning your toast.

CO poisoning is the most common type of fatal poisoning in many countries.1 Prolonged exposure can lead to severe health consequences and if exposed for too long, death. An exposure to 1200 ppm of carbon monoxide can kill you within 3 minutes.2

According to the Department of Health for England and Wales, on average per year, 4000 people go to A&E, 200 people are hospitalised and there are around 50 deaths, all because of carbon monoxide poisoning.3

From the pioneers in breath analysis, the ToxCO monitor measures exhaled breath on a patient to screen for carbon monoxide poisoning, providing a quicker method than the traditional blood test. A breath sample can be taken from a patient via mouthpiece, or in instances where the patient is responsive unconscious, by face mask. 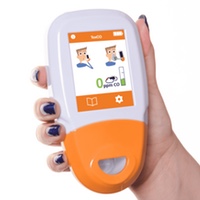 By being able to mass screen patients on-site, it can rule out unnecessary hospital admissions and save valuable time, furthermore, the ToxCO has ambient monitoring, which begins from switch-on, alerting emergency services to high levels of atmospheric CO at the scene of the incident, helping to safeguard them and be prepared.

With the Emergency Services Show (ESS) just around the corner, Bedfont is campaigning to #stopthesilentkiller.

They are giving all emergency services personnel attending, the chance to enter into a prize draw and win a brand new ToxCO.

Jason Smith, Managing Director at Bedfont, said: “The traditional method of screening for CO poisoning is through a blood sample. Breath analysis with the ToxCO is non-invasive, which means less discomfort for the patient and valuable time saved as %COHb and ppm values are shown onscreen instantly compared to the lengthy process of bloodwork. The ToxCO will save time and lives.”