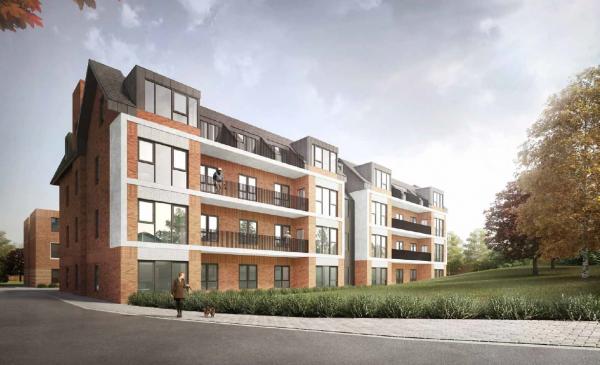 After winning a planning appeal, Belong is pushing ahead with plans for a new care village in Birkdale, Southport.

The site for the scheme, designed by Pozzoni Architects, was previously occupied by a school for the blind.

Once built, the new care village will offer accommodation for over 100 older people, including those with dementia.

The inspector’s report concluded that the character and appearance of the nearby West Birkdale Conservation Area would be preserved, dismissing the authority’s initial concerns regarding the impact of the plans on local heritage sites.

The design of the village will take inspiration from its surroundings.

It will comprise six households across three levels, with 24-hour support provided in small-scale, home-like accommodation.

Pozzoni associate, Emma Tanti, said: “We have extensive experience in dementia-friendly design, and best-practice principles will be used throughout.

“Simple design elements can make a big difference for people living with dementia to better understand their environment and help maintain their independence.

“Belong Birkdale will be non-institutional in design, offering a vibrant and welcoming environment which will become a real asset, not just to older people in the area, but the wider community too.”

Work is due to begin on site by the end of the year.