Comment: The real benefits of healthtech – releasing time to care

The NHS had a long, tough winter last year, and is facing similar pressures again this year.

In its winter flow report 2017-18, the Royal College of Emergency Medicine said it was ‘the worst winter we’ve ever experienced’, and hospital bosses are predicting the same again, with one well-regarded figure quoted at the HSJ Annual Summit as saying, ‘We’ve lost this winter already.’

The upshot of the severity of the crisis is that there has been some much-needed debate – and a new funding settlement for the NHS – to tackle the long-term sustainability of the health and social care system.

However, the new funding commitment, and subsequent 10-year NHS Long-Term Plan, needs to be considered in parallel with making the best use of the resources that are already available.

Traditionally, IT suppliers have informed trusts on the benefits of implementing a system in the context of operational efficiencies which lead to releasing cash. But this doesn’t address the productivity challenge many trusts are faced with now, every day

And we know there is technology available that could help to resolve many of the current issues facing staff in the NHS.

If such technology was deployed effectively, it could, for example, increase staff efficiency and release additional time for healthcare professionals to care for their patients.

Matt Hancock’s recently-published Vision for Digital, Data and Technology in Health and Social Care makes great strides in encouraging the NHS to use mainstream products and services by addressing barriers such as interoperability, privacy, security, and digital inclusion.

However, it doesn’t tackle the fact that there is fully-interoperable, secure and user-intuitive technology readily available that can assist with service pressures, but that is not being adopted.

It’s difficult not to get frustrated by this, but at the same time I recognise the obstacles. For example, the average time in post for a chief executive is now just 18 months to two years. In these circumstances, it can be hard to make long-term, strategic decisions about IT, even if they know what is available.

There is no doubt that CIOs and CCIOs are working hard to ensure that technology is on trust board agendas. Yet some trusts still lack an executive team to tell them about the latest developments.

And even well-informed boards will naturally look for evidence of return on investment, which, as Bob Wachter made clear in his Review of Technology in the NHS, isn’t always readily available.

We want every board to have the evidence to make informed decisions. It’s why we have undertaken an indepth piece of benefits realisation work to help trusts understand how the implementation of the MAXIMS EPR can benefit critical areas.

The analysis undertaken was carried out independently by Inform Health Associates, using the EPR benefits and cost analysis model, which is used by many acute trusts in the UK.

Crucially, it doesn’t just focus on cash-releasing benefits. Traditionally, IT suppliers have informed trusts on the benefits of implementing a system in the context of operational efficiencies which lead to releasing cash. But this doesn’t address the productivity challenge many trusts are faced with now, every day.

We’ve expressed the benefits in terms of bed days saved, or doctors’ and nurses’ time saved.

When the NHS is under such enormous pressure, the business case is the benefits in terms of bed capacity and the time healthcare professionals have with their patients

The rationale is, that if a hospital has a bed free then it can improve patient flow by admitting someone from A&E or keeping a theatre open. Similarly, if staff have more time, it’s like having more of them on shift.

The foundation of the benefits realisation analysis was a ‘typical’ district general hospital, with 600 beds, a turnover of £250m a year, and 3,700 members of staff.

It assumed a six-to-18-month deployment period for an electronic patient record and calculated the time and financial savings that could be achieved over a 10-year contract.

In cash terms, the total resources and efficiencies saved adds up to just over £104m over the 10-year period.

To reiterate, though, I don’t think the money is the primary argument. When the NHS is under such enormous pressure, the business case is the benefits in terms of bed capacity and the time healthcare professionals have with their patients. 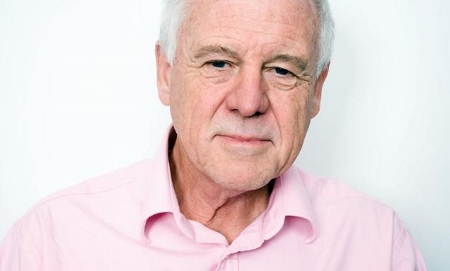 Understandably, boards will want to know exactly where these figures have come from. The urgent and emergency care figures are a result of using technology to reduce the length of stay in critical care areas, reducing the number of urgent admissions from A&E, and cutting the 30-day readmission rate.

Even well-informed boards will naturally look for evidence of return on investment, which isn’t always readily available

The bedside care figures are a result of using modern, mobile systems to improve patient pathway management, which helps to reduce the incidence of, for example, pressure ulcers and allergic reactions, and to alert staff to patients with early signs of acute kidney injury.

The impact that technology can have on patient pathway management is clear; if a bed becomes available, then bed managers will know as soon as that happens, instead of at the end of the day, or when a bed census is run.

This directly addresses the challenges with patient flow raised in those recent reports on A&E and provider performance.

To me, though, the impact of technology on reducing pressure ulcers and the incidence of AKI is in some ways even more interesting, because it shows how safety and efficiency work together.

Clinicians always want to deliver the safest-possible care for their patients. Managers want to do the same. Yet clinical safety can sometimes be a ‘hard-sell’ to a hard-pressed board because it’s normally about things that don’t happen. For example, the pressure sore that doesn’t develop and lengthen a hospital stay or the AKI that is spotted and treated quickly before the patient deteriorates.

What our benefits realisation analysis shows is that the technology that helps to deliver clinical safety, by recording observations and calculating risk scores, also reduces the time needed to do this work and enables it to be done by fewer people.

The data is a great example of how technology can reduce the amount of time needed to carry out routine-but-vital tasks, and upskill staff so that the most-highly-trained clinicians in a hospital can be used where their experience is most valuable.

The final figures to be presented in the research come from optimising the workforce by reducing the amount of time spent transcribing and managing notes.

That includes removing paper from the system, reducing the amount of time that clinicians spend looking for information, and cutting down the time nurses spend on handover and administration.

There is fully-interoperable, secure and user-intuitive technology readily available that can assist with service pressures, but that is not being adopted

One hospital we work with has saved £1m just by not having to deliver notes to outpatient clinics. Likewise, our analysis shows that nurses can halve the time of their daily shift handovers by moving away from paper-based processes.

The benefits realisation project has been a major piece of work that demonstrates beyond doubt how the NHS can use technology, now, to help relieve the pressure it is under by releasing time to care.

Forty-five extra beds, 48 extra staff every day….. imagine what the typical district general hospital can do with that during the winter.