Healthcare construction experts predict the worst is yet to come

The healthcare construction industry will be dealt a blow over the next 24 months as market experts predict a massive slump in contracts.

There are not a lot of opportunities for companies out there. It is a rapidly-shrinking pool and we expect that trend to accelerate in 2013 as the pipeline dries up

Since the start of the recession in 2008, construction start-ups have been declining across the board, but the health sector managed to weather the storm as governments across the UK maintained a widespread hospital redevelopment programme.

However, with public sector cuts biting over the next two years, capital spend is likely to be curtailed considerably, leaving only a handful of projects up for grabs. 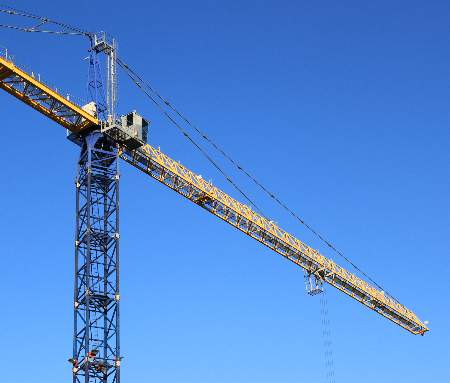 According to economic research consultancy, Glenigan, the average value of individual contracts for the top 50 UK construction firms fell from £10.3m in 2010 to £8.7m in 2011 – the lowest level since the recession started. And this is a trend that is expected to pick up pace once work on the Olympics site comes to an end.

In terms of health spending, specialist contractors have enjoyed a decade of infrastructure investment, but apart from Laing O’Rourke recently winning two significant contracts, for the £420m revamp of the Royal Sussex County Hospital in Brighton and the £350m Biomedical Research Centre at King’s Cross, there is little work on the horizon.

Outside of London we do not see much prospect for recovery in 2012 or 2013. The prognosis is poor and it is a continuing deteriorating picture

Allan Wilen, economics director at Glenigan, which has this week published an industry forecast, said: “Over the last few years, the Olympics, along with other important schemes, has helped boost the major contracts, but as these projects are completed and fall away there isn’t another pipeline of projects to fill the space. The industry is still facing a recessionary environment.”

Overall, during 2011, the availability of construction contracts was down by 19% as a result of government cuts and weaknesses in the wider economy. For the top 50 construction companies, this meant a switch of focus from larger projects to smaller schemes, and this in turn meant competing with a much larger pool of companies.

Simon Rawlinson, head of strategic research and insight at built asset consultancy, EC Harris, said: “There are not a lot of opportunities for companies out there. It is a rapidly-shrinking pool and we expect that trend to accelerate in 2013 as the pipeline dries up.”

There are a lot less projects coming forward, so companies are having to work much harder to win them

Wilen added: “We predict turnover will start to be affected this year and that does not bode well going forward.”

And this downturn is expected to last until at least 2014.

Rawlinson said: “Outside of London we do not see much prospect for recovery in 2012 or 2013. We take the view that the industry will continue to contract and will recover, albeit slowly, in 2014 or 2015. The prognosis is poor and it is a continuing deteriorating picture.”

The problems mean that not only will companies face more competition for contracts, but they will also have to work harder to win them.

Rawlinson said: “Clients are putting more pressure on during the bidding process. They are taking bids to a second stage and making it much harder for contractors. Going forward, it will be about building relationships to create opportunities.

The market reality is that SMEs are getting squeezed. Larger contractors have more flexibility to go in low on price for smaller jobs and make it up on larger jobs. SMEs don’t have that option

“Once you get down to the last two of three, the work involved in winning a contract compared to 2007/2008 is significant.”

Wilen added: “There are a lot less projects coming forward, so companies are having to work much harder to win them.”

Mick Putnam, chief executive of Skanska, one of the top 50 construction companies in the country, said of the changing market: “Four to five years ago the balance of work was 60-40 in favour of larger projects. We want to effectively reverse that but on a larger revenue. We’re not going to downscale the larger end, but we are going to upscale the smaller end.”

According to the Glenigan figures, this trend is already visible, with schemes worth under £10m accounting for 35% of work won by the top 50 last year, compared with 21% in 2008.

The result of this is that, in the past two years, just over 5,000 building firms have been put out of business, with many more struggling to stay afloat.

Brian Berry of the Federation of Master Builders said: “The market reality is that SMEs are getting squeezed. Larger contractors have more flexibility to go in low on price for smaller jobs and make it up on larger jobs. SMEs don’t have that option.”

In terms of the decline likely in the health sector, predictions say it could be in excess of 20% over the next 12 months, with the focus switching to the commercial and industrial sectors instead.

In terms of regional variations, last year London provided the top 50 companies with 27% of their work, followed by the South East, which offered 13% of the opportunities. For companies outside the top 50, 18% of the work came from the English capital, with 14% in the North West and 17% from Scotland. This is due to several big infrastructure schemes across the border being awarded to smaller, more specialist firms. In comparison, Scotland provided the top 50 with just 8% of its work.

What is your view of the current market? Do you think more needs to be done to kickstart the construction sector and, in turn, the wider economy? Email your comments to the editor at jom@hpcimedia.com