Apollo top of the class at London teaching hospital

Patients, staff and visitors at St Bartholomew's Hospital are better protected due to the installation of a new Apollo Fire Detectors Discovery system.

St Bartholomew's Hospital, commonly known at Barts, is a leading, internationally-renowned teaching hospital offering a full range of specialist services, including centres for the treatment of cancer, heart conditions, and fertility problems.

The nine-storey building comprises of hospital wards with 250 beds, day procedure units, service departments and public areas, with an average site occupancy of up to 6,000 people at any one time.

The new fire detection system installation followed Skanska’s two phases of both new-build and refurbishment works at Barts, where the construction of a new concrete-framed clinical facility consolidates the existing, widely-spread hospital operations into a single purpose-built unit.

In total, more than 6,500 Apollo Discovery units are installed throughout Barts, including over 5,000 Multisensor Detectors and 1,000 Manual Call Points. The fire alarm control system consists of 28 networked Series 900 Evo panels.

The Level 1 system, which monitors more than 300 zones, interfaces with automatic fire dampers, air handling units, door closers, security doors, sprinkler flow, gas valves, lifts and smoke extractors and purge fans. As required by the Hospital Technical Memorandum (HTM), in the case of a fire, the building is evacuated on a horizontal phased basis.

As a busy hospital, there were a number of factors that needed to be taken into consideration in the fire system design. Special attention was given to audible and visual alarms in public areas such as waiting rooms and associated circulation spaces, as well as areas of high ambient noise such as plant rooms. There are also a number of potential causes of false alarms that had to be factored in to the design, such as cooking facilities, contractors working and the high volume of general public access.

Speaking about the project, Phil Wade, director of marketing and fire alarm sales at SSG, said: “The main works were carried out over two phases with the first phase being completed, occupied and operating as a fully-functioning hospital in advance of the second phase being installed. Cause-and-effect testing and proving was carried out separately for both phases as part of the construction programme. However, as the two networks needed to ultimately be combined onto one common network, the final integration of phase two with the first phase required considerable logistics and planning to avoid unnecessary disturbance to patients and staff.”

Kieran O'Halloran, senior project manager at Skanska, added: “SSG developed a testing regime in conjunction with Skanska to minimise disruption to the occupied areas. The requirement to test was explained to the client team in joint presentations by both SSG and Skanska. Alongside this software was independently tested in advance of site works to minimise site disruption. The overall result is a world-class hospital, which is protected by a world-class fire detection system.” 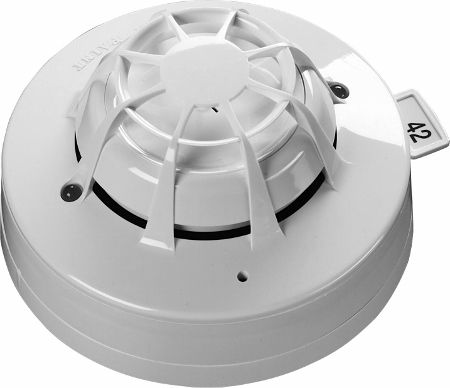