A dementia care facility in Winchester and a luxury retirement village in Maidstone have been judged to be among the most architecturally trailblazing buildings in the country.

Six prizes were presented as part of the 2013 Pinders Healthcare Design Awards, which promotes and recognises the very best developments in all types of care-related buildings as well as acknowledging the contribution made by home owners, designers and architects to the wellbeing and quality of life of those who live there.

The competition covers all aspects of care provision, including developments for the elderly and infirm as well as specialist homes for those with disabilities.

The Award for Best Complex was presented to Lakeside Village in Jersey. The development consists of the existing Lakeside Care Home and the newly-built Lakeside Manor Care Home, Lakeside Pavilion apartments and the Mermaid, which was refurbished to create a social hub for residents of the village.

The £13m scheme has already picked up the Jersey Construction Council’s Condor Logistics Project of the Year Award due to its landmark design, which makes it a focal point on the main approach into St Peter.

Designed by Robert Adam of ADAM Architecture, the new care home was designed to be an understated classical building with considered detailing and careful proportioning. The long main façade is set back from the road, allowing for a formal, central approach under the main pediment and porte-cochere. Two stepped pavilions flank the entrance, each with central rooftop lanterns and double-height loggias overlooking the surrounding landscape. The simple palette of materials, including lime stucco and cast stone for dressings and mouldings, is in keeping with the existing traditional buildings of the surrounding area.

Maids Moreton Hall in Buckinghamshire won one of the six awards

The scheme was commissioned by Barchester Healthcare, project managed by FED3 Projects and was built by local contractor, AC Mauger Construction.

Barchester also won a second award, for Best Large Care Home, for Harper Fields in Balsall Common in the West Midlands, which was designed by Gelder & Kitchen.

The £5.2m project has been specifically designed for elderly residential and nursing care, including people living with dementia, who have individual memory boxes containing small reminders and items such as photographs to help them reminisce. The site also features secure internal courtyards, a woodland walk, safe garden and multiple balconies. Inside there is adapted crockery and tableware and activity kitchens to enable people to engage in everyday simple tasks and pleasures.

Caroline Ward, general manager at the home, said: “This is fantastic news for us. We aspire to provide quality, person-centred care to each and every resident and to become fully integrated in community life. ”

Kenneth McKenzie, director of development at Barchester, added: "This has been an absolute triumph. We were up against stiff competition and it is unheard of to have three finalists, let alone two winners. We’ve achieved this by working with people at the top of their game including outstanding architects and our own interior design team which ensures we create stunning homes for residents, inside and out."

The third award was presented to the team behind Bucklesham Grange in Ipswich. Winner of the Best Small Care Home category, the 55-bed facility is set in a rural location and was designed to provide a tranquil setting for residential, nursing and dementia care.

The judges commented on the elegant furnishings, en-suite facilities and the access to private patios and gardens from the ground-floor apartments. The development also features a choice of lounges, dedicated celebration rooms, a therapy room and kitchen and dining rooms for residents who want to prepare their own meals or snacks. All bedrooms have TV and telephone points, wi-fi access and electric profiling beds. Bedrooms within the dedicated dementia environment feature monitoring systems and an advanced nursecall solution.

Outside the main L-shaped building are landscaped gardens including a dedicated garden club and summer house, as well as a wildlife area, greenhouse and potting shed. 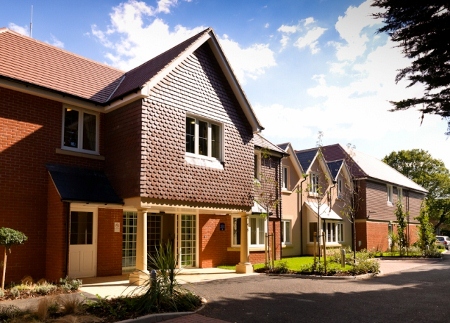 The home, which was designed by the Buckle Chamberlain Partnership, is operated by Hallmark Care Homes Group. Its managing director, Avnish Goyal, said of the award: "We are delighted to win. A huge amount of energy and hard work goes into planning our homes and getting the design just right to enable our residents to live active, fulfilled lives.”

The title of Best Dementia Facility was presented by prizegiving host, astrologer Russell Grant, to the £15m, 56-bed St Catherine’s View in Winchester. Designed and operated by Colten Care, it opened in May 2012 and was designed to reflect the latest thinking in dementia care. The home is divided into five house groups, allowing managers to create the right blend of calm and stimulation for each resident. Colour schemes, corridor and room features, as well as indoor and outdoor navigational aids, have all been introduced with dementia care in mind.

Judging panel chairman and Pinders director, Jon Chapman, said: "While most care homes claim to provide care for those living with some form of dementia, very few can offer the accommodation and facilities which positively assist in making life easier for their residents. The attention to detail, both inside and outside at St Catherine’s, is superb and clearly built on an understanding of how to enable independence while minimising the frustration and stress which dementia brings.”

Colten Care’s head of technical design, Alan Portsmouth, added: “People living with dementia respond very well to environments that are safe, therapeutic and stimulating. That approach has informed all aspects of the design of St Catherine’s View and the ongoing care we give our residents every day. For example, they can spend time in a potting shed in the garden, play on a safety swing and sit inside a wildlife hide to watch the birds and animals in the grounds. We have a café-style room with al fresco tables and chairs and we also have features such as a traditional red phone box and a garden ‘bus stop’ that helps people to reminisce about past routines and journeys.”

The last two awards reflect the positive impact refurbishment can have on improving existing buildings. The Award for Regeneration – Independent Living was presented to Audley Mote House in Bearsted, Maidstone. 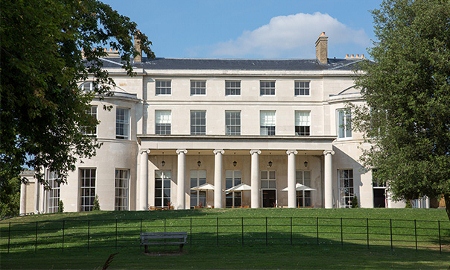 Situated in the 450-acre Mote Park, Maidstone's largest park - complete with a mature woodland and a 30-acre lake - the retirement village is a luxury development of 100 cottages and apartments. At the heart of the village is the Grade II-listed Mote House, which dates back more than 200 years and has been restored to its former glory. Inside is the Audley Club with a luxury health spa, swimming pool, library and the Romney Restaurant.

Mote House itself offers 14 unique apartments rich with character and history and in the grounds are further properties including the Walled Garden, which is made up of two and three-bedroom cottages; and Gatehouse Lodge, a collection of detached lodge houses and luxury apartments.

The development is operated by retirement specialist, Audley, and was designed by Gaunt Francis Architects.

A private, independently-run home, operated by Lawrence Care, it was developed around the former Maids Moreton, which was built in 1883 and became the centre of the Buckinghamshire lace industry during the late 19th Century. The building was then a private residence until the Second World War when it became the county branch of the National Heart Hospital. Extensions were added in the 1960s and it has been in use as a care home to the present day. It was restored and extended extensively in 2012, with the designs created by architect Mike Hay of The Hay Associates. 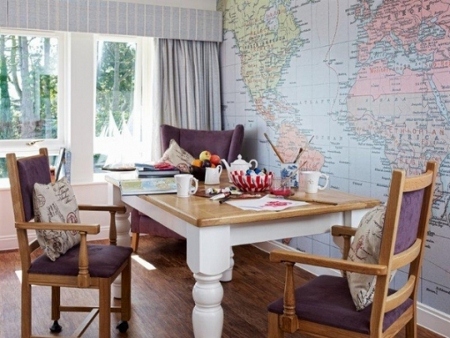 To find out more about the Pinders Awards, click here.