The impact of healthcare design in the UK on international architectural practice was further highlighted this week with the announcement that seven developments in England, Scotland and Wales have won prestigious RIBA Awards.

Among the projects singled out for praise by the judges in the 2012 competition were three buildings designed for Maggie’s Cancer Caring Centres in South West Wales, Scotland and Nottingham.

Also among the 50 winners, which covered all sectors from residential to industrial and public buildings were a transplant centre, a mental health facility, a district general hospital, and a neonatal care unit.

Architects working for Maggie’s picked up awards for newly-opened centres in Glasgow, Scotland; Swansea in Wales; and Nottingham in England.

The Swansea centre, which was designed by the late Kisho Kurokawa of Kusho Kurokawa Architects & Associates in conjunction with Garber & James, was one of the winners in the Welsh region 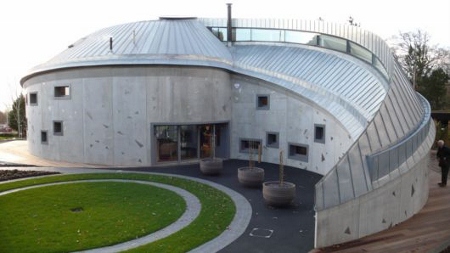 Described by the judges as ‘a special and glorious little building’, the centre is the first Maggie’s facility to open in Wales and was designed around the concept of a ‘cosmic whirlpool’, rising out of the earth and swinging around with two arms like a rotating galaxy. One side welcomes visitors and leads to the other side, which embraces nature, the trees, rocks and water.

Designed by OMA, the Gartnavel development in Glasgow was chosen among the winners in the Scottish region.

Opened in October 2011, the single-storey building takes the form of a ring of interlocking rooms surrounded by an internal landscaped courtyard, providing a comprehensive cancer support facility for patients and families affected by cancer.

Architect, Rem Koolhaus, a previous Pritzker Prize winner, said of the design: “I don’t think it should be a building that challenges people to live better; rather it should have a direct effect on the people who use it. 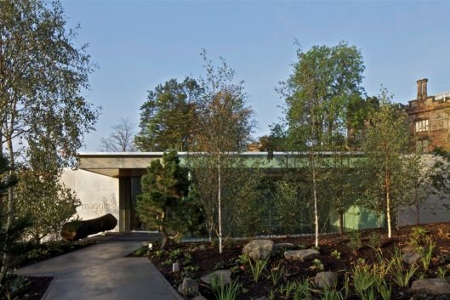 The Scottish cancer centre was the work of architects at OMA

“The space we had is great because it is linked to the existing hospital, but far enough away from it for us to create another world. It has both privacy and a central position, both sheltered and slightly exposed, and has a holistic feel, providing respite and comfort for people.”

The RIBA judges praised it for its ‘modest external expression’.

As well as the two regional awards, Maggie’s in Nottingham also picked up an East Midlands’ EM Award for Architecture , a locally-presented accolade.

Set on a wooded site and accessed via a public footbridge, the square floorplan is concealed by interlocking decorative ‘hoops’ with tile inlay and protruding, but sheltered, balconies.

Designed by CZWG, it was praised for providing an ‘alternative’ hospital environment.

The largest healthcare development to be named among the winners was the new Queen Elizabeth Hospital Birmingham , which picked up the RIBA Regional Client of the Year Award chosen by the West Midlands regional committee.

The understated nature of the architecture disguises real innovation

The work of architects at the Building Design Partnership (BDP), the £545m facility is the first new acute hospital to be built in the area for 70 years. It features 1,213 beds, many in single en-suite rooms, and 30 theatres.

The judges said of the scheme: “The handling of the scale of the project by the architects and the client’s understanding of the benefits of the diagram are key elements to the success of this project. This is a good example of an impressively-controlled and well-considered building.” 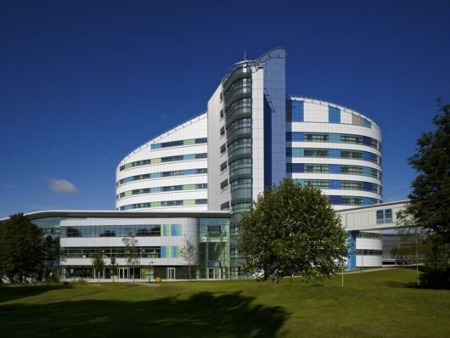 The Queen Elizabeth Hospital Birmingham, designed by Building Design Partnerships, was praised for its understated nature

In the South West the only healthcare building to make the grade, picking up the Regional Client of the Year Award , was the Dyson Centre for Neonatal Care , designed by Feilden Clegg Bradley Studios for Royal United Hospital Bath NHS Trust.

The practice had previously had no experience of design in the UK and were praised for their ‘holistic approach’ to the creation of a low-carbon building in which light materials and scale ‘generate a calm and caring atmosphere for the care of premature and sick babies’.

The judges added: “The understated nature of the architecture disguises real innovation, such as the use of exposed cross-laminated timber, bringing a tactile quality to a usually sterile environment.” 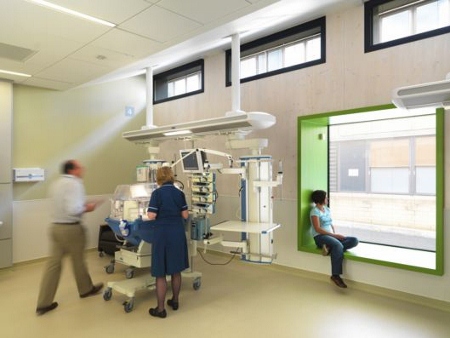 In the North East, the local panel gave a regional Hadrian Award to Ryder Architecture for the Institute of Transplantation , commissioned by Newcastle upon Tyne Hospitals NHS Foundation Trust.

A unique building type, it is the first in the UK to combine an organ transplant facility with teaching space. It was described as a ‘functional, fit-for-purpose’ building in which the architects ‘challenged some of the rules for hospital interior design that can make for bland and unfriendly spaces’. 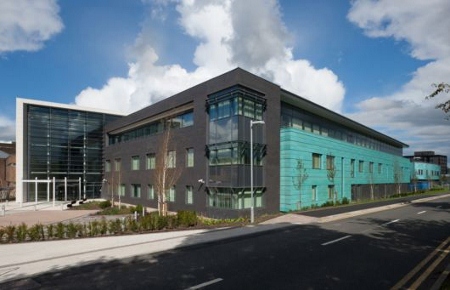 The Institute of Transplantation, designed by Ryder Architecture, was among the winners in the North East

The final healthcare award, from the North East region, went to Roseberry Park mental health development, which also won the Regional Client of the Year gong.

The 312-bed mental health village was designed by Medical Architecture (MAAP) for Tees, Esk and Wear Valleys NHS Foundation Trust. The layout aims to iron out potential flash points that can occur and bring a sense of calm, space and light to produce a new blueprint for NHS facilities.

To find out more about the RIBA Awards 2012, click here